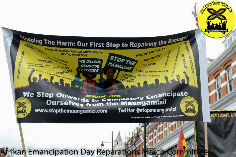 The ‘Stop the Maangamizi: We Charge Genocide/Ecocide‘ Petition (SMWeCGE) [1] is one of the ISMAR [2] campaigning tools for mobilising our people’s power to exert upon the British Houses of Parliament towards establishing the All-Party Commission For Truth & Reparatory Justice, and other actions necessary to advance the process of dialogue from the ground-upwards, with the British State and society on Reparatory Justice. The march serves as a mass movement mobilising tool as well as a vehicle for the delivery of the Stop the Maangamizi -We charge genocide/ecocide petition to Downing Street.

The aims of the Stop the Maangamizi Campaign are to:

It is the view of the SMWCGE campaign that our emphasis should be on reparations as a political struggle and a social movement. For reparations, will only be effected and secured as a result of a movement that we continue to build. Ultimately reparations will only be effected when we have built and harnessed the POWER to effect our national will and strategic geopolitical interests as people of Afrikan ancestry and heritage.

[1] According to Professor Maulana Karenga Maangamizi, the Swahili term for Holocaust and continuum of chattel, colonial and neocolonial enslavement, is more appropriate than its alternative category Maafa. For maafa which means calamity, accident, ill luck, disaster, or damage does not indicate intentionality. It could be a natural disaster or a deadly highway accident. But Maangamizi is derived from the verb -angamiza which means to cause destruction, to utterly destroy and thus carries with it a sense of intentionality. The “a” prefix suggests an amplified destruction and thus speaks to the massive nature of the Holocaust.
http://ncobra.org/resources/pdf/Karenga%20-THE%20ETHICS%20OF%20REPARATIONS.pdf 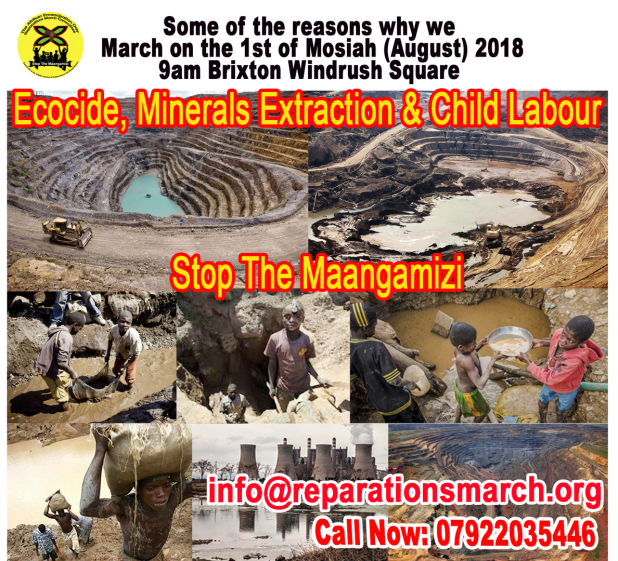 We are Marching towards Justice!

This is the Rationale Why We March

on 1st of Mosiah

If you have any queries or want to get involved:

Get social with us.